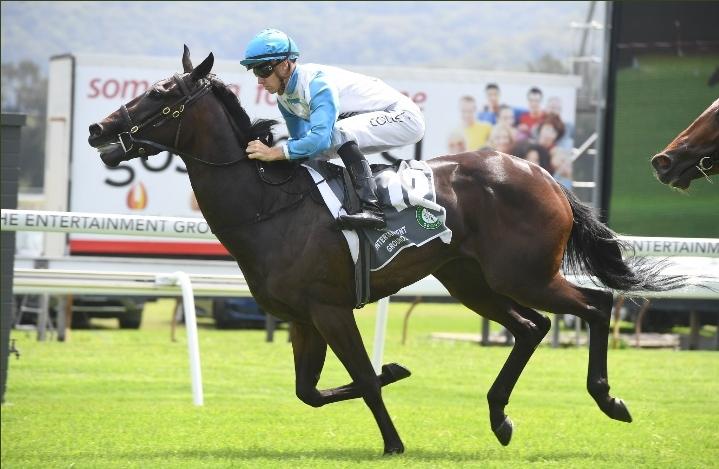 She is not the biggest filly, but she has a big motor! Having her first start in what was a handy field, 3YO filly Vinci Lady won convincingly at Gosford’s New Year’s eve meeting.

Dispite missing the start, she showed good speed to stay with the leaders. She was travelling 3 wide for the first 500m until Jason Collett let her stride to the front. With 200m to go, she quickly put pay to her opposition and won with plenty in hand. She did all the work early and was there to be run down. However, as jockey Jason Collett put it, “she was just too classy”.

“She was a run short today, so she will improve off that”, said Gary Portelli. “She will come back a stronger horse next time in”.

Vinci Lady is by I am Invincible out of Stratum mare, Ladyinxs. She was a $60k purchase for Elite Thoroughbreds from the Inglis Classic Sale.