Testashadow Retired At The Ripe Old Age Of Nine 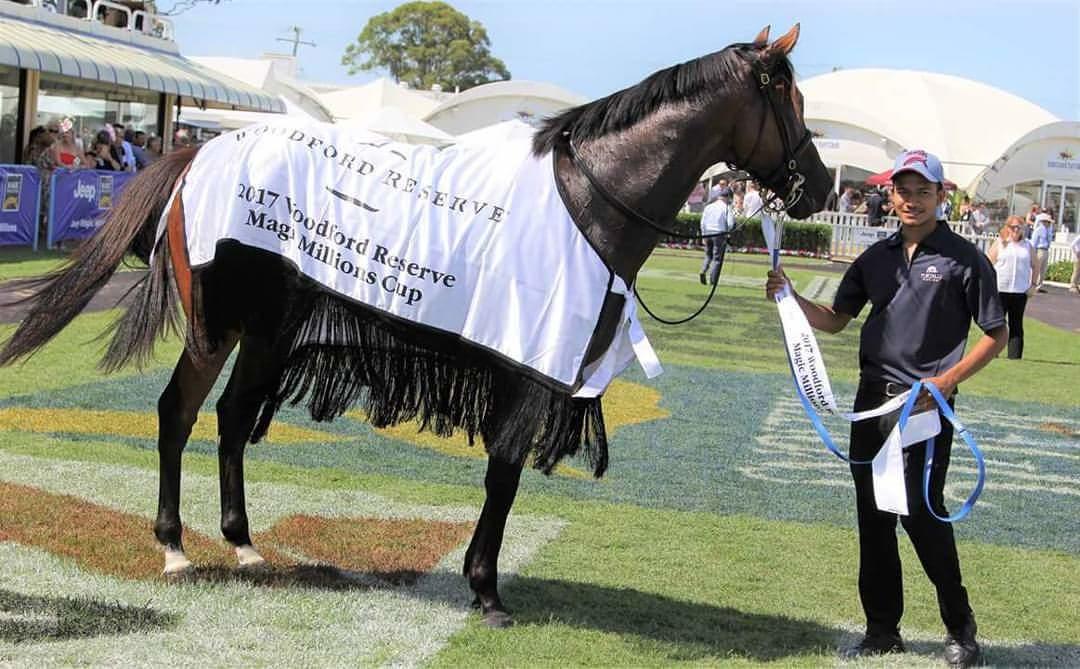 Testashadow has been a revelation for his owners, taking them on the ride of their life! He kicked of his career beating Good Project at Rosehill as a 2YO, winning a total of 8 races and placing a further 21 times from 73 starts.

He closed off his illustrious career at the scene of his biggest win – the $1millon Magic Millions Cup in 2017. Testashadow appeared at an incredible 6 Magic Million race meetings, winning the Cup, running a very unlucky 2nd in the Magic Millions 3YO Guineas and finishing a fighting 3rd last year in the MM 1800m Handicap. No other horse has made more appearances on Magic Millions race day then ‘Testa’.

He was a $50K purchase for Elite Thoroughbreds and won almost $1.6million in prizemoney for his lucky owners.

He has now retired to his new home not too far from the stable, so no doubt he will be frequented and spoilt by his loving owners for years to come.

We would sincerely like to thank Portelli Racing for doing such a great job with Testashadow. A favourite of Gary and his staff, no doubt the stable will not be the same without him.