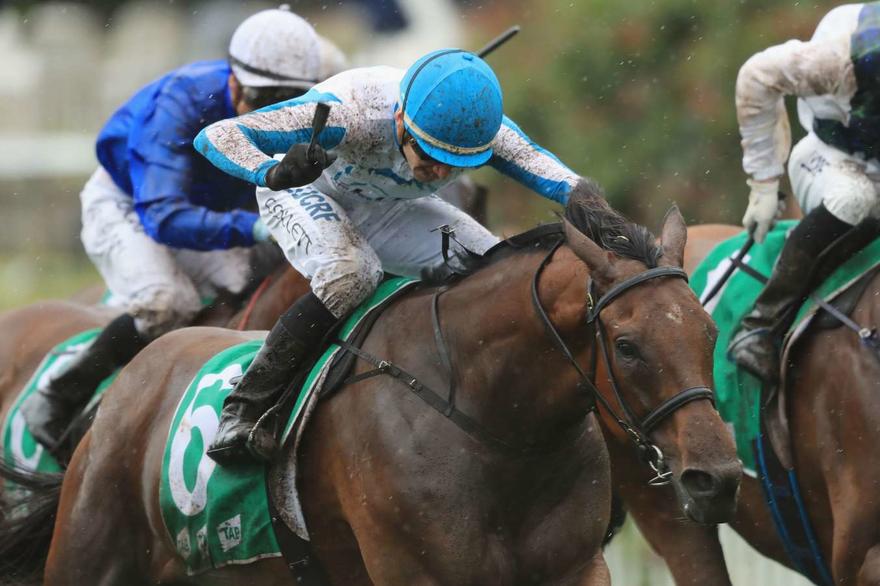 TESTASHADOW has often flown under the radar but he’s proved time and time again that when he’s in good form he’s competitive at Stakes level.

The proof of that occurred last weekend at Rosehill when he ran third to star horses Avilius and I Am Serious. Portelli has him on the quick back up, which is also a good sign, as he tries to beat the likes of Morton’s Fork, Harper’s Choice and grand old stager Destiny’s Kiss.

“He was set to peak last weekend and he certainly did and I was really proud of his effort,” Portelli said. “That run was close to a personal best.

“You’ve only got to look at the quality of the two horses that beat him and he beat the others pretty easily. He’s back to his best and he pulled up enormous, and is very keen in his work. He’s a happy horse and is prancing around like a two-year-old.”

Testashadow, who has won at Listed level and placed in Group races, is untested at Friday’s trip, and that’s what concerns his trainer slightly.

Portelli said the speed of the race will play a big part in his horses’s fate.

“He takes a few runs to get fit,” he said. “I’ve never thought of him as a horse that would get more than 2000m but the fact he’s drawn barrier one and is on the quick back up and is at his peak means now is the time to try it.

“It’s a small field and I hope they go along at a nice gallop but don’t make it a test of stamina. If that was the case we might be found wanting.

“Hopefully it’s a steady gallop early, then a sprint home. That would make it easier for us.”

It’s a tough little field facing Testashadow with most of his rivals making a winning case.

Portelli singled out the one to beat.

“Harper’s Choice will be hard to beat but we’ve got barrier one and he’s only got 56.5kg on his back and it looks like he’s a top three chance,” he said.

“Hopefully he positions up in the few couple pretty comfortably from a good gate.

“The soft track certainly won’t hurt and you’d think his last start form would be good enough to go close in this race.”

Rachel King is riding him once again and she’s hoping to do what Samantha Clenton and Deanna Panya have done in the past and get him over the line in front.

King does rides stayers particularly well which was evident in the way she got Royal Stamp over the line in a 2000m event at Rosehill on the weekend.

“She rides very well and this horse goes well for female jockeys but out of all the girls that have ridden him she hasn’t won on him yet so it’s her turn now,” Portelli said.